Application materials for the award can be found here.

The John E. Skinner Award provides travel support for students to attend the Annual Meeting of AFS. The award was established following the untimely death of Mr. Skinner in a home fire in 1978. John Skinner was a native of Michigan and a graduate of Michigan State University. He was employed by the California Department of Fish and Game for nearly 25 years. His assignments over the years included three years as a researcher on statewide angling statistics and on the fisheries of the Sacramento-San Joaquin Delta, over nine years as Water Projects Supervisor, and eight years as Research Supervisor for fish facilities in the Delta. Among his technical publications is the classic 225-page document, “An Historical Review of the Fish and Wildlife Resources of the San Francisco Bay Area.” At the time of his death, he was President of the Western Division of the American Fisheries Society. He also had served as President, Vice-President, and Secretary-Treasurer of the California/Nevada Chapter. Further information on John Skinner can be found in Fisheries [4(1):23-24 and 16(1):38-39].

Initial funding for the Skinner Award came from the California/Nevada Chapter. Over the years, many other chapters and organizations have contributed financial support. Proceeds from several AFS raffles and from sales of the textbook, Fisheries Techniques, also have been added to the fund. Interest from the endowment allows about six students each year to receive funds to support their travel to the Annual Meeting. The award is merit-based and designed to recognize outstanding students in the field of aquatic resource management. Nomination materials are due April 1st. 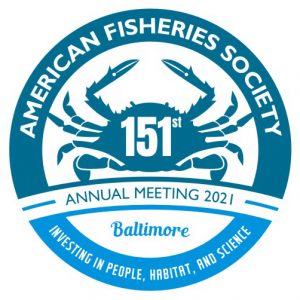